Well. I thought I could get through this week not doing something totally polarizing and allowing all the other folks in this universe do it for me. I thought by sharing an innocuous breastfeeding trail mix recipe I would be tipping my hat to all those in the lactation trenches without really getting my feet wet. But then I read, re-read and triple read something that just really got my hackles up and now here we are. Maybe I’m extra sensitive because I’ve spent the last two days with a sick 14-month-old attached to my boob (yep, we’re still nursing). Whatever. I’m going to share what World Breastfeeding Week means to me.

Before I get too far into this, I need to acknowledge what I felt was the main message of the article, which is that the shaming of formula-feeding parents needs to come to an immediate stop. I wholeheartedly agree! Those who cannot or choose not to breastfeed are not bad or neglectful mothers. They are caring for and nourishing their children the best way they can. That rocks. Formula was created so that babies would, you know, not die. So, I’d say it’s a pretty reasonable means of feeding small children.

Here is the princess enjoying one of her favorite treats: a breastmilk popsicle.

I also need to acknowledge why I choose to breastfeed my daughter. The simple answer is we both still enjoy it. It’s the easiest way to get my princess to sleep at night and for me, there is nothing more delicious than snuggling up together knowing there is nothing that could make her happier. It’s addictive! I don’t do it because I feel pressured to do so and I don’t do it to throw it in the face of those who are unable or choose not to do so. It means so much to me and we’ll continue nursing until either one or both of us is ready to stop. Case closed.

Breastfeeding is amazing but it is not easy. Even as a mom who has had a steady supply and baby with a good latch since basically day one of our nursing relationship, I’ve experienced my share of struggles and stressors, including a bottle strike, clogged ducts and really aggressive mastitis (it’s no joke. Google it). So often I hear from other moms dealing with the same and significantly worse circumstances than I have throughout their breastfeeding journey. My conclusion as to the cause of these circumstances is that, no, our culture as a whole does not yet understand or accept what is necessary to support breastfeeding mothers. Here are some brief examples as to why:

Public Breastfeeding
Given that wee Cody nursed for roughly 90-120 minutes at a time for the majority of her first year on earth, nursing in public was not something I did often. Not because I was ashamed but because sitting down for a nursing session was a serious commitment and I preferred to be in the comfort of my own home. That said, for flights or all-day commitments, I would occasionally need to nurse on the go. I can say that for every third person who saw me and went about their life, there was one who gave me a death glare. Even my sweet husband was uncomfortable with my nursing uncovered in public in the beginning. Don’t get me wrong, when he discovered that a half-exposed boob could silence a screaming 3-month-old and lull her to sleep on a plane ride, he quickly got on board. 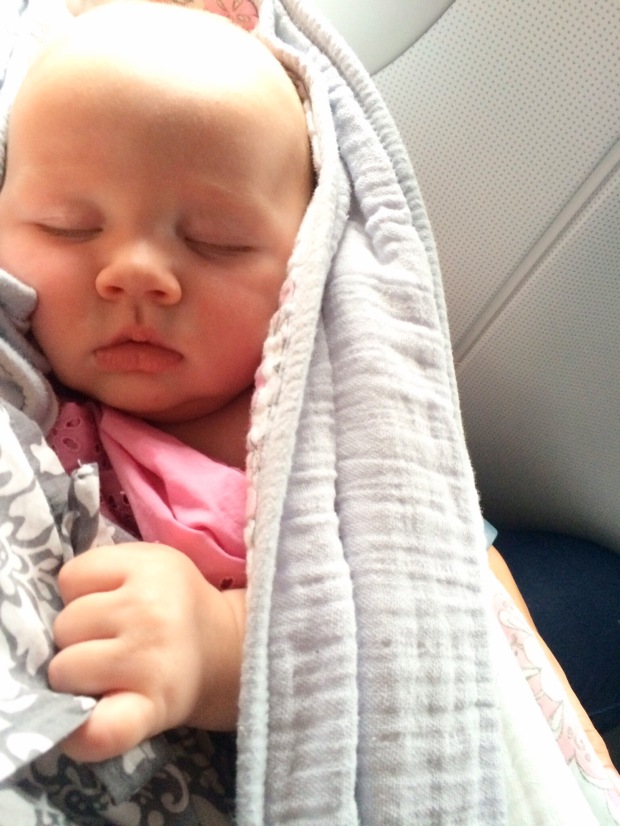 Success! Sleeping like an angel on one of her first flights! Boobies for the win!

At least once a week, I see a post on Facebook with someone complaining about a mom nursing her baby in public without a cover. What’s worse is the flood of comments in support of these type of posts,  about how disgusting and inconsiderate it is to nurse in public. This type of thing can crush a new mom at an incredibly vulnerable time stop her from nursing when she would have otherwise continued on, happy as a clam.

Here are some things that many nursing moms have shared before, but somehow still haven’t fully sunk in:

Workplace Awareness
On paper, breastfeeding mothers have a crap ton of support in the workplace. There are protections for lactation breaks and the parameters for such. However, I still felt my need to pump was a noticeable inconvenience on my colleagues during the seven months following my return from maternity leave. This is not to say that they hated my child or wanted her to starve. Quite the contrary. However, pumping breaks interrupt the day and make it difficult to schedule longer or off-site meetings.

Pumping moms are never fully confident about their stash. I was so paranoid when we were moving that I woke up at 3 a.m. to personally drive my frozen milk to our new house.

I had colleagues who assumed that hitting the 6-month milestone of introducing solids meant I would stop breastfeeding entirely. In fact, in Colorado, a mother’s right to pumping breaks is protected for up to two years, which is in line with the World Health Organization’s recommendation that children be breastfed for two years. I had my pumping breaks scheduled over, interrupted and cut short for work needs, not out of malicious intent but, in my opinion, because of a genuine lack of understanding. Pumping sucks on its own. That should be the only hurdle in my opinion. Part of the onus is on me as the one in the know to help bridge the gap of understanding to colleagues. The other part is on businesses to get seriously educated on the needs of nursing mothers and the long term benefits of supporting them. World Breastfeeding Week is an important step in that journey.

Corporate Policies
Up until this week, the only truly damaging and unfavorable corporate policies I had heard of women encountering were overseas. Several mommy friends traveling internationally for work have shared horror stories about international airlines charging exorbitant rates to check their pumped breastmilk, which was deemed medically unnecessary. But just this week, Colorado’s formerly beloved hometown airline, Frontier has come under fire for adopting the same policy regarding the transport of breast pumps  by mothers traveling without their infants. They charge mothers a carry-on bag fee for bringing breast pumps aboard the plane, deeming the pump as not medically necessary. To that I say, give one of my sweater puppies a squeeze after 3 hours without pumping and tell me it’s not medically necessary!

Cody knows breast pumps help moms feed their babies even when they’re not together.

In my view, World Breastfeeding Week helps combat the odds stacked against breastfeeding moms. I am so thankful for a week devoted to raising awareness and supporting mothers in the lactation trenches. We still need it.

One thought on “Why I AM Celebrating World Breastfeeding Week”